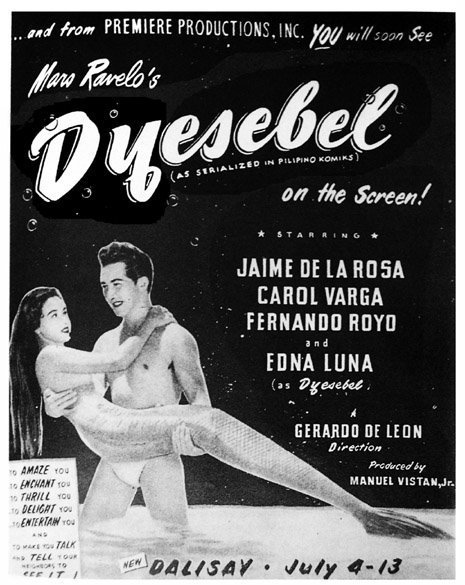 In 1952, the comic book artist Mars Ravelo (the Philipino Stan Lee) imagined the character of Dyesebel the mermaid. The man responsible for captain Barbell (the local captain America) and Darna (the equivalent of Wonder Woman) had the delight of seeing his heroine conquer the screens, starting in 1953. Since then, she reincarnated half a dozen times both for the cinema and TV. It is to accompany the extremely rare remaining version of the original adaptation, by Guerardo de Léon (director of the famous Caged Women, produced by Roger Corman), that Khavn, Brezel Göring (part of the band Stereo Total) and their ensemble Kontra Kino Orchestra will be performing an exceptional movie in concert.